Top Posts
How Biased FBI and DOJ Officials Broke The...
Hillary’s Hybrid Warfare
Red Flag Laws Serve as a Red Flag
Yes, The Quinnipiac Poll Likely Is Biased Against...
Episode 23: Israel Under Attack
How to Survive in a Society Where “Two...
MLB Hits a Home Run in “Woke” Hypocrisy
Del Beccaro: Newsom’s Double Whammy to California: Drought...
Trump Should Bow Out so Republicans Can Save...
Episode 21: The Case Against Bibi Netanyahu
PV News

By Jonathan Williams and Joel Griffith

The ALEC Center for State Fiscal Reform recently conducted a tax reform survey of ALEC members. The vast majority of these respondents are state legislators who are leaders on fiscal issues in their respective states. Their perspectives provide valuable insight for Congress and President Trump as details of tax reform take shape in the coming weeks.

According to a large majority (67%) of respondents, lowering the corporate income tax rate should be top priority of Congress’ tax agenda. In addition, 90% favor immediate expensing for capital investments as a component of corporate tax reform. More than 90% favor eliminating the federal estate tax.

The tax reform package should provide deficit neutral tax relief through spending restraint, according to 86% of respondents. Of important note, this approach involves a net tax cut. In fact, 98% expressly support a combination of decreasing government services and lowering taxes. Deficit neutrality through spending restraint, rather than simply generating additional tax revenue elsewhere, is clearly the favored approach. Less than 2% of the respondents favor keeping current levels of revenue and spending. 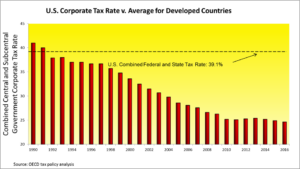 Much discussion has centered on whether to increase the amount of individual income excluded from taxation (known as the “standard deduction”). Some have expressed concern that increasing this deduction may negatively impact charitable giving. With a lower standard deduction, more taxpayers find it beneficial to itemize deductions, including charitable contributions.

Further demonstrating a desire for broad-based tax reform rather than narrow relief to particular interest groups or segments of taxpayers, 96% say lower marginal tax rates for all taxpayers will have a positive impact on their state’s economy, relative to targeted tax credits. ALEC legislators recognize that broader expansion of opportunities occurs when government fosters a healthier economic climate through broad tax relief, rather than engaging in complex favoritism engineered to appeal to specific interest groups.  A full 96% of respondents believe the current federal income tax system is somewhat or very complicated.

Perhaps most notably, 80% of respondents endorsed the elimination of the state and local tax deduction in exchange for lower marginal federal income tax rates. In the minds of many, that deduction subsidizes and incentivizes exorbitant taxing and spending by state and local government entities. In fact, with all else being equal, income earners and businesses in lower-taxed states pay a higher effective federal income tax rate than their high-taxed counterparts since they deduct less from their taxable income. Moreover, the deduction diminishes federal revenue by close to $100 billion annually –revenue that could be used for pro-growth tax cuts for all hardworking taxpayers.

The results of this survey indicate that the hunger for tax reform is strong with state policymakers. Legislators overwhelmingly favor real net tax cuts and understand that the highest-octane reform involves minimizing certain deductions and credits along with prudent spending reductions.  With state economies suffering from years of weak economic growth at the national level, federal tax reform that enhances growth could be the most important item for the states, as they find increasingly weak revenue numbers heading into the 2018 legislative sessions.

Joel Griffith is director of the Center for State Fiscal Reform at ALEC. 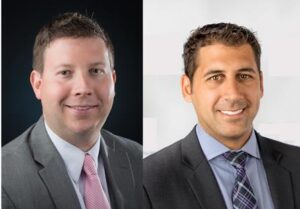 Trump Pushes Back – But Schumer, Pelosi say they have deal with Trump to protect ‘Dreamers’ – PV Asks: What would Reagan have done?

Deleting Emails Is Against The Law? Who knew?...

A modern Conspiracy So Immense – Rosenstein Should...

It Would Be Reckless To Trust The FBI...

Could the Media be wrong? Ohio Democrats Tell...

Imagine If We Had a Normal Presidency: Love...

I like the valuable info you provide in your articles. I’ll bookmark your weblog and check again here frequently. I’m quite sure I will learn many new stuff right here! Good luck for the next!|