Black America Must Seek Justice for All 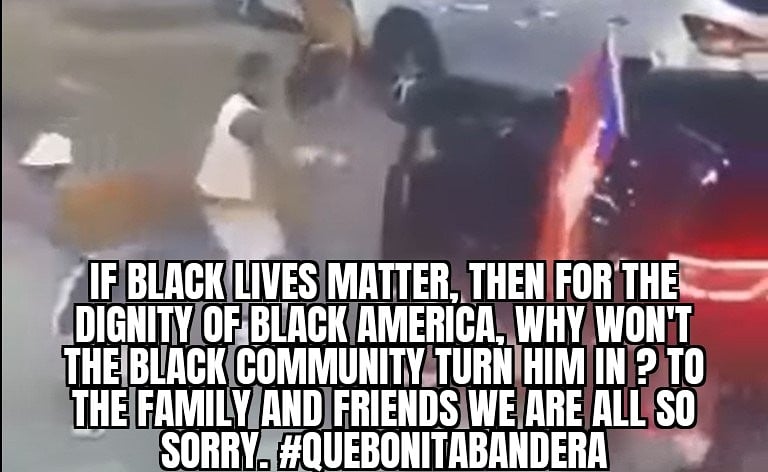 When I saw Chauvin’s cold indifference to Mr.Floyds pleas for mercy, drug induced or not, one human being was callous and cold to another’s suffering, when We learned of the unfortunate fate of Mr. Ahmad Arbery in Georgia, the black community in both cases made such an uproar, burned, looted, even killed, now there’s an irony for you, the black community demands justice for even the most lop sided cases of incidents resulting in a black person being harmed or killed by a non-black, there can be no Justice where any man isn’t enjoying his fair share of it. Reverend Dr. Martin Luther King Jr. said, “Injustice anywhere is a threat to justice everywhere.”

The sight of George Floyd’s suffering, Mr Arbery being shot with a shotgun, they are visuals I wish I could unsee, now add to those horrors a young couple being attacked like this, not even the scariest sci-fi movie could come close to this gross spectre, everyone’s nightmare. Here are a few more ironies: this happened on the day blacks were celebrating “Juneteenth” being a National Holiday and it was the standard celebration day too, but the poor couple who were viciously attacked were also celebrating their heritage. Why should they be murdered for enjoying their fair share of freedom?

Eventually the perpetrator, this sad excuse for a human being, will be caught. I say should he will be captured by any other means than the black community itself finding him and turning him in, the damage to race relations will be high, just because the racist bigots of the media want to play games with our lives by being silent on this and other crimes. Their silence isn’t to protect blacks it’s to exploit us, it’s time we sober up and act right. There is a family and friends who have seen this video of their loved ones being treated like this, give them the same peace black mothers cry out for! If the black community fails to turn this man over ourselves, then I would strongly urge you stop wearing Black Lives Matter gear for a lot of reasons.

Emancipation Proclamation does mean we are free to do whatever we want. It means we were included in this great experiment called America, it is designed for a just and moral people, not vengeful one, it falls upon each one of us to do right. Yasmin Perez and her family deserve justice too! #QueBonitaBandera

On my recent show that even though Joe Biden would pen Juneteenth into a National Holiday, that he would make another Bigoted statement. The President is tone deaf to the very issues that would have him sign Juneteenth into Law. The tone deaf mention of using F-15 aircraft against Americans flouts the painful memory of Military aircraft being used against American citizens before, black Americans… Well as predicted on the heels of Juneteenth being made a A National Holiday, on the back Drop of the remembrances of “Black Wall Street” Joe Bidens bigotry oozes out as he warns Americans we the Government have F-15″s and Nuclear bombs. This means the President would turn military air craft against average Americans…? Seems from school boards to board of Directors to chairman of the Joint chiefs of staff, we have snakes. Today’s show touches lightly on that ideal as heard through the poem “The Snake” read by President Donald J Trump.

Anni Cyrus on the infiltration of Sharia into American Courts