Top Posts
How Biased FBI and DOJ Officials Broke The...
Hillary’s Hybrid Warfare
Red Flag Laws Serve as a Red Flag
Yes, The Quinnipiac Poll Likely Is Biased Against...
Episode 23: Israel Under Attack
How to Survive in a Society Where “Two...
MLB Hits a Home Run in “Woke” Hypocrisy
Del Beccaro: Newsom’s Double Whammy to California: Drought...
Trump Should Bow Out so Republicans Can Save...
Episode 21: The Case Against Bibi Netanyahu
Contributors

I Support Larry Elder for Governor of California

My first support went to Travis Allen. The CAGOP made some strange turns and after over 47 years of steadfast loyalty I thought about leaving this party. Over a year ago a young man named Major Williams tossed his hat into the ring for Governor long before any others would. In this young man I see a chance for a new kind of politician. The California Recall cleared this year, which expedited the decisions I needed to make so I threw my support behind Major Williams.

It is not the size of a following that matters but the loyalty of that following that can make all the difference in the world. I don’t give my support easily nor do I change my mind at the first sign of trouble and yes Major Williams was beset with some issues. Yet I remained unmoved in my support, that’s just how i’m wired. 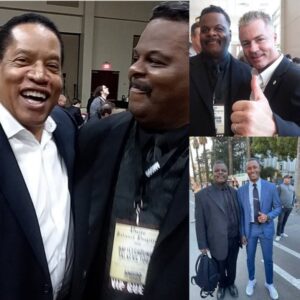 Now Larry Elder a man I respect and admire. When he tossed his hat into the ring, this was earth shattering news and still it wasn’t enough to take my support away from Major Williams. I was conflicted inside, emotions, opinions have their place, but being politically mature and tactically wise has its place in our decision making too. I was vexed. That is when I went into my prayer closet and asked the Lord to help here. I was told to wait, to be still, as many of you read in my posting the past two weeks I prayed over this matter long and hard. Now comes a scenario on the dynamics of the recall that compels me to act and should compel many others as well.

Looking at this landscape of the recall and our best path to victory, it is imperative we all put our support behind Larry Elder and soundly win this recall election leaving no room for Democrat shenanigans. Nor can we allow Joe Cox to entangle us. Do not entertain write-in candidates: it is an effort in futility. I ran as a write-in Candidate once myself and learned that dynamic well. What did I learn? Don’t do it!

We must all come together and fast September is but a few weekend BBQ’s away, I know there is a political future for Major Williams some day, but that day is not today. This is my official posting throwing my support behind the candidacy of Mr. Larry Elder.

I Will Vote Recall Because I Remember!

Ghislaine Maxwell Should be Sentenced with Epstein’s Johns

Will there be Justice for Men?

LEFTIST SCREAMING “DO SOMETHING”