The Abandoned Black Lives of Chicago 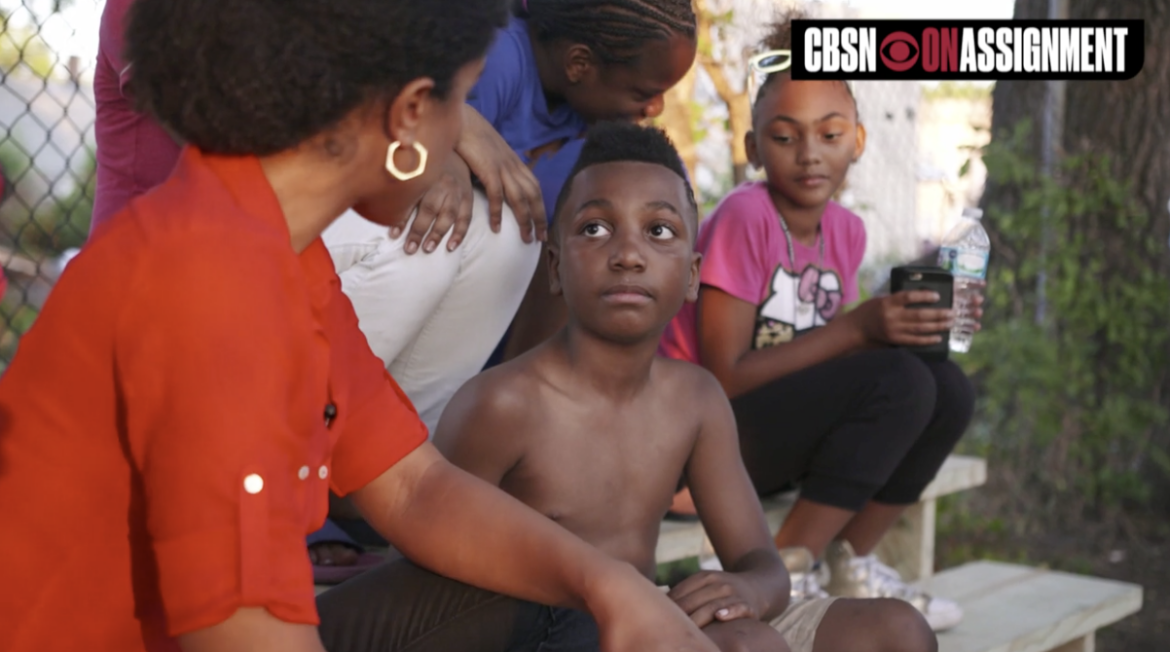 The headlines related to race over the last month are fixed on statues – but the real racial issues facing America include the abandoned Blacks of Chicago. Almost every day we read of murders. The sad thing is that very little has changed since I left Chicago 35 years ago.

I was born at Cook County Hospital. I was raised by my mom, a single parent (Janet White). The deck was already stacked against me growing up on the south side of Chicago. I saw numerous shootings and lost two friends to street violence before I was sixteen years old. I escaped Chicago at seventeen by joining the United States Air Force.

I can recall telling my mother, “I would rather be paid to get shot at than to get shot at for free.” So, l left Chicago in November of 1982. After seeing the CBSN report, it seems like very little has changed.  Young Blacks are still being murdered daily.

I watched and listened to the young people in the CBSN report. It is obvious that they are growing up knowing nothing but violence and living a lifestyle that could make a Spartan faint.  They see their broken mindset reinforced everyday by the countless shootings and murders and an endless assault on their senses by the blare of sirens from the first responders all around them.

I can only imagine who I might be if I had remained in Chicago any longer than I did. I would most likely be dead. So many of my family and friends have never left Chicago. Conformity is essential to survival and given the environment these young people are provided with, it sustains a culture of “Kill or be Killed.”  It is facilitated by those who have the power to make a change, but as I said earlier, it doesn’t seem like anything has changed.

When I left Chicago, I was whisked away to San Antonio, Texas to Lackland AFB, where I entered the Air Force and Basic Training.  It was more like re-education. While I was but a lowly recruit, an “Airman Basic,” I felt much safer than I ever had.

The longer I stayed away from the battlefield of Chicago, even when I was learning the low crawl to dodge possible enemy fire in boot camp, the more I began to see it was possible to be anything I wanted. That there is more to life than just Chicago. The stress and rigors of training were welcomed as opposed to the stress and rigors of just making it home from school alive.

So, exactly how is all of that possible?

How is it that such a cauldron of death could persist for so many years without the attention or needed action from the city, state, and national leaders? How can Black celebrities decry the conditions of Black’s due to perceived racism and not use their celebrity to bring attention to this crime against humanity?

Why are we worried about statues but not lives?

It’s like a raging fire that is allowed to burn and the occasional fire crew responds only to keep it from spreading to other areas.

We are asked to care more about Syria than Cicero Ave. – more about Honduras than Halsted Ave. The current Mayor of Chicago adds insult to injury by supporting an idea that Chicago become a “Sanctuary City.”

Where was my sanctuary city when I was almost beat to death because I would not join a gang? Where is their “Sanctuary City” now for our children so they can put down the guns and be shown that there is so much more to life?

With so much blood and death soaked into the very walls in the inner city, it will take a national effort to begin to heal the Americans trapped in the war zone that is Chicago aka Chiraq.

A New Direction for the CAGOP… But Which Direction?

Great article! I wish all Americans could see each other as Americans. Not black not white not Republican not Democrat not friend nor foe. If we would stop listening to other people and open up our minds to searching for the truth, we would be a better society and a better country

This is sad! Not only Chicago, but New Orleans, Los Angeles (where celebrities bitch but dont do shit to make cities better), New York etc. i think the mayor needs voted out…something needs to change.

Hey Kenneth, I just found you on Twitter through another like-minded American. This piece touched my heart. I grew up in the South Bronx many, many moons ago. I got out! And, luckily, many of my friends as well. Many did not. My heart sings when I see a young black man, black American, with his head on straight. May God continue to bless you and may you continue to be all that you can be. ( I know not the right slogan for the USAF) Thank you for serving. I’m going to share this on Twitter. I also air a weekly internet podcast. I’d love to have you on as a guess! Enough of being silent!

I am not literate with technology, can you believe I’m just seeing this? ?
It is my hope we can warm this coffee and start again down a path of friendly collaboration?, I hope this finds you well..
And oh, that’s the army, Air Force is “Aim High” 🙂

Chicago voters have put the Democrats into office over and over again, possibly hoping for help and change. It has not happened and I would believe that there is little that can be done for them. They are so entrenched in their way of life that, like a slime mold they will just continue to live in the rot. I left Chicago in 1956.