Top Posts
How Biased FBI and DOJ Officials Broke The...
Hillary’s Hybrid Warfare
Red Flag Laws Serve as a Red Flag
Yes, The Quinnipiac Poll Likely Is Biased Against...
How to Survive in a Society Where “Two...
Episode 23: Israel Under Attack
Del Beccaro: Newsom’s Double Whammy to California: Drought...
MLB Hits a Home Run in “Woke” Hypocrisy
Trump Should Bow Out so Republicans Can Save...
5 questions for CA Secretary of State Candidate...
Tom's ColumnsTop StoryUncategorized 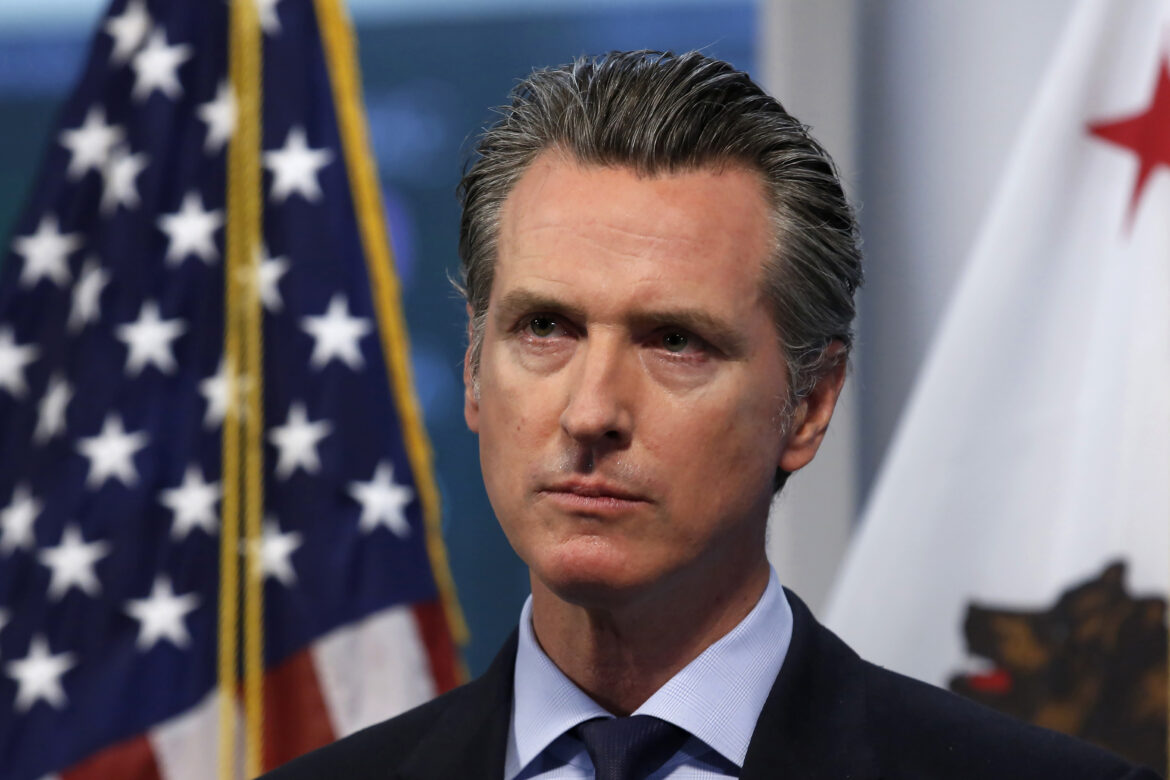 *First published in the Epoch Times

California Gov. Gavin Newsom’s so-called economic plan, in truth, isn’t an economic plan at all. Rather, it’s a political recovery path for himself as he faces a recall election later this year.

Despite having the most natural resources of any state, California continues to have one of the highest unemployment rates in the country. During the pandemic, Newsom ordered the strictest lockdown regulations in the country.

Predictably, California’s small businesses were hit hard and employers throughout the state had to shut down. Estimates indicated that more than half of restaurants in the state won’t reopen post-pandemic. Of course, that industry is dominated by workers making less than $40,000 a year—the people who most need the economy to rebound.

It’s become a national story that the size and frequency of government assistance to workers has been a disincentive for those workers to return to work. The lack of workers is damaging the prospects for small business recovery throughout the country and therefore, the economic fortunes of so many workers and the nation as a whole.

Even The New York Times conceded that “expanded benefits” were part of the cause and ran a story with this headline: “Unemployment Is High. Why Are Businesses Struggling to Hire?”

Recently, in the San Francisco Bay Area, a restaurant posted this sign:

Despite that hiring problem, which is known to most everyone, in order to save his own political fortunes, Newsom is proposing a massive handout for all those making less than $76,000 per year. While that may help him buy votes, it will only exacerbate the damage he has done to small businesses and jobs over the last year.

Instead of making it harder for employers to find employees, Newsom should abandon the big government programs of his aunt-by-marriage, House Speaker Nancy Pelosi, in favor of reducing regulations, income taxes, and capital gains tax rates to provide incentives for employers to open new businesses.

As I have noted elsewhere, “The sum of decades of Democrat rule in California” has “been a tremendous loss of businesses and, therefore, jobs.”

“At least 50 large corporations have left California since 2014, with the vast majority leaving in 2019 and 2020,” taking their jobs with them, according to notes from the California Policy Center, which keeps a “Book of Exoduses.”

Newsom’s handouts will also result in future Democratic-imposed tax increases and only exacerbate that job flight.

As if the last year of bad policies wasn’t enough, Newsom has imposed a declaration of drought across most of the state. While the skies may not have provided enough rain last winter, there can be no excuse for Newsom’s failed water policies.

Keep in mind that, according to a University of California–Davis study, the state is experiencing one of its wettest 100 years among the last 7,000 years. However, instead of saving that rain for a lack of a rainy day, Newsom has bowed to environmental demands and refused to collect enough water to satisfy the needs of nearly 40 million Californians.

For decades, California’s water storage capacity has remained relatively static, while its population nearly doubled. In 2014, voters approved a water bond exceeding $7 billion for the building of the Sites Reservoir and Temperance Flat Reservoir. Yet, seven years later, not a single shovelful of dirt has been turned for the construction.

Meanwhile, over 75 percent of the water that reaches the San Joaquin/Sacramento Delta flows straight out to the ocean, instead of filling our reservoirs, to satisfy the demands of environmentalists at the expense of Californians and their employers.

So, once again, Californians will suffer because of the bad policies of Democrats in Sacramento and, principally, Gov. Newsom.

Thomas Del Beccaro is an acclaimed author, speaker, Fox News, Fox Business, and Epoch Times opinion writer, and former chairman of the California Republican Party. He is the author of the historical perspectives “The Divided Era” and “The New Conservative Paradigm.”