Top Posts
How Biased FBI and DOJ Officials Broke The...
Hillary’s Hybrid Warfare
Red Flag Laws Serve as a Red Flag
Yes, The Quinnipiac Poll Likely Is Biased Against...
How to Survive in a Society Where “Two...
Episode 23: Israel Under Attack
Del Beccaro: Newsom’s Double Whammy to California: Drought...
MLB Hits a Home Run in “Woke” Hypocrisy
Trump Should Bow Out so Republicans Can Save...
5 questions for CA Secretary of State Candidate...
Book James To Speak At Your Event

James S. Robbins is Senior Fellow for National Security Affairs at the American Foreign Policy Council and a weekly opinion columnist for USA Today. He is an award-winning former Senior Editorial Writer for Foreign Affairs at the Washington Times, author, political commentator and professor, with expertise in national security, foreign and military affairs, military history, and American politics.

Dr. Robbins’ books include The Real Custer: From Boy General to Tragic Hero (Amazon #2 in Military Biography), Native Americans: Patriotism, Exceptionalism and the New American Identity (Amazon #1 in Nationalism), This Time We Win: Revisiting the Tet Offensive (Amazon #1 in American Military History and Vietnam War History) and Last in Their Class: Custer, Pickett and the Goats of West Point.

Dr. Robbins has appeared on hundreds of national and international television and radio programs, including on Fox News, CNN, CNBC, MSNBC, and CSPAN among others. His articles and commentaries have appeared in USA Today, The Wall Street Journal,

The Washington Post, The Washington Times, The Washington Examiner, U.S. News and World Report, and many other journalistic and scholarly publications. He has spoken before numerous government, academic and other audiences. Dr. Robbins was also featured in the award-winning documentary “Eddie Adams: Saigon ’68.”

During his 10 years of government service Dr. Robbins was the Director of the U.S. Intelligence Community Center for Academic Excellence, Professor of International Relations at the National Defense University, and Associate Professor of International Relations at the United States Marine Corps Command and Staff College. He also served as a Special Assistant in the Office of the Secretary of Defense in the Pentagon. 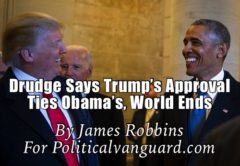 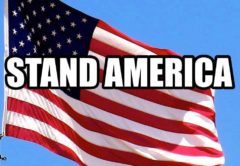 The NFL is Kneecapping Itself

In the history of bad business decisions, the NFL’s choice to back sideline protestors who kneel…
Read Full Article!
James S Robbins09/26/201711 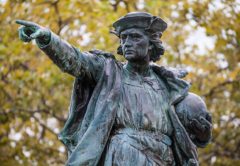 From Confederates to Columbus: It’s Not About Statues 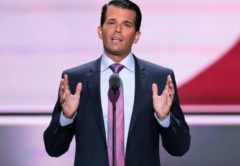 Donald Trump Jr. was within his rights to meet with Russian lawyer

What if there had been truly damaging information about Hillary Clinton? Any journalist would invoke the…
Read Full Article!
James S Robbins07/19/20170