Top Posts
How Biased FBI and DOJ Officials Broke The...
Hillary’s Hybrid Warfare
Red Flag Laws Serve as a Red Flag
Yes, The Quinnipiac Poll Likely Is Biased Against...
How to Survive in a Society Where “Two...
Episode 23: Israel Under Attack
Del Beccaro: Newsom’s Double Whammy to California: Drought...
MLB Hits a Home Run in “Woke” Hypocrisy
Trump Should Bow Out so Republicans Can Save...
5 questions for CA Secretary of State Candidate...
Book Larry To Speak At Your Event

Larry Sand started his teaching career in New York in 1971. Beginning in 1985, he taught elementary school as well as English, math, history and ESL in the Los Angeles Unified School District, where he also served as a Title 1 Coordinator. Retired in 2009, he is the president of the non-profit California Teachers Empowerment Network – a non-partisan, non-political group dedicated to providing teachers with reliable and balanced information about professional affiliations and positions on educational issues – information teachers will often not get from their school districts or unions. In 2011, realizing that parents, taxpayers and others frequently receive faulty information from the mainstream media, CTEN expanded its mission to help the general public understand the array of educational issues facing our country today.

CTEN was formed in 2006 because a wide range of information from the more global concerns of education policy, education leadership, and education reform, to information having a more personal application, such as professional liability insurance, options of relationships to teachers unions, and the effect of unionism on teacher pay, comes to teachers from entities that have a specific agenda. Sand’s comments and op-eds have appeared in Associated Press, The Wall Street Journal, USA Today, Fox News, National Review, Real Clear Politics, The Weekly Standard, Sacramento Bee, Newsweek, Townhall Magazine, Los Angeles Times,

Sand regularly speaks to political, religious and social groups and has participated in panel discussions and events focusing on education reform efforts and the impact of teachers unions on public education. In March 2010, Sand participated in a debate hosted by the non-profit Intelligence Squared, an organization that hosts Oxford-style debates, which was nationally broadcast on Bloomberg TV and NPR, as well as covered by Newsweek. Sand and his teammates – Terry Moe of the Hoover Institution and former U.S. Secretary of Education Rod Paige, opposed the proposition – Don’t Blame Teachers Unions For Our Failing Schools. The pro-union team included Randi Weingarten, president of the American Federation of Teachers. In August 2010, he was on a panel at the Where’s the Outrage?conference in San Francisco, where he spoke about how charter school operators can best deal with teachers unions. Beginning in 2011, he appeared on panels in Oklahoma City, Washington D.C., Los Angeles, San Diego, San Mateo and Santa Clara in support of National School Choice Week. Additionally, CTEN hosted two informational events in 2011 – one addressing the radical agenda that is prevalent in many schools these days and the other concerning itself with California’s Parent Trigger law. The latter event was covered by both the English and Spanish language press. In March 2013, Sand joined Terry Moe, Gloria Romero and CTA president Dean Vogel in Silicon Valley for a lively discussion on how to fix education in California. In 2015, CTEN and the Association of American Educators hosted an informational event which examined the Friedrichs and Bain lawsuits. In March 2016, Sand debated CTA president Eric Heins on KOCE in Orange County about the merits of the Friedrichs case.

Sand has also worked with other organizations to present accurate information about the relationship between teachers and their unions, in 2008 assisting in the production of a video for the Center for Union Facts in which a group of teachers speak truthfully about the teachers unions. Additionally, he has been an advisor to student and parent advocacy groups, lawyers, and education and public policy experts. In 2011, he joined the National School Choice Week planning committee and became a board member of Choice Media and the Association of American Educators. In 2014, he became a policy advisor at the Heartland Institute. CTEN maintains an active and strong new media presence, reaching out to teachers and those interested in education reform across the USA, and around the world, with its popular Facebook page, whose members include teachers, writers, think-tankers, and political activists. 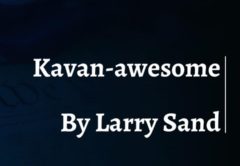 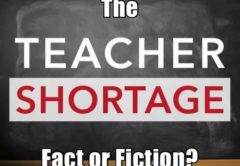 Not only don’t we have a teacher shortage, but we have an abundance. Some folks love…
Read Full Article!
Larry Sand09/05/20170 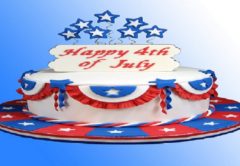 Forced unionism may soon be illegal, but a mandatory union propaganda law is now on the…
Read Full Article!
Larry Sand07/04/20170 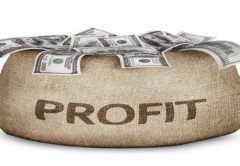 From California to Africa, teachers unions fight the “for-profit” bogeyman. Well, I guess we can all…
Read Full Article!
Larry Sand06/27/20170 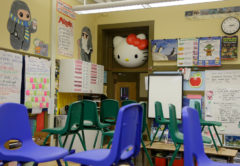 Is Teacher Shortage a Union-Created Problem?