Top Posts
How Biased FBI and DOJ Officials Broke The...
Hillary’s Hybrid Warfare
Red Flag Laws Serve as a Red Flag
Yes, The Quinnipiac Poll Likely Is Biased Against...
How to Survive in a Society Where “Two...
Episode 23: Israel Under Attack
Del Beccaro: Newsom’s Double Whammy to California: Drought...
MLB Hits a Home Run in “Woke” Hypocrisy
Trump Should Bow Out so Republicans Can Save...
5 questions for CA Secretary of State Candidate...
Book Mark To Speak At Your Event

Each week his voice is heard on a variety of programs and commercials via more than 2,000 radio and TV outlets worldwide. Mark’s Southern California talk show airs on AM760 KFMB weekdays 10AM to Noon. He often appears on Fox News Channel and serves as a news analyst and commentator on KUSI Television (Channel 9) in San Diego.

Known for traveling the world to gain insight on important stories, he’s covered the Iraq war on location in the Middle East, smuggled Bibles to the underground church in Southeast Asia and done ground-breaking broadcasts from war zones including the Persian Gulf region and Afghanistan. Mark’s also visited Russia and made several trips to China, including Tibet. His continuing on-site broadcasts in the USA and around the globe give him a unique perspective on current events.

With theSan Diego Radio Broadcasters Association, Mark served as President for a record eight consecutive terms. Radio & Records twice named him to its “All-Star Players” list, citing him as one of only twelve “local legends” in American talk radio.

Military Advisory Council and has Honorary Plankowner status with the USS Ronald Reagan, commemorating his on-going support of the ship and its crew since commissioning in 2003. He is also a member of the Reagan Ranch Board of Governors.

A sought-after advertising spokesman for many regional and national clients, Mark is often selected for special speaking engagements. Assignments have included emceeing many political events and several related to the San Diego GOP National Convention. He was chosen by the Reagan White House to help organize and emcee major California rallies with the 40th President. For ten years, he was part owner of two Salt Lake City radio stations.

From 2009 until May 2017 Mark was heard mornings on AM 1170 KCBQ as well as special programs on sister station AM1210 KPRZ. Prior to moving to the Broadcast Company of the Americas in August 2007 (through 2008) Mark was heard on his popular daily show on Clear Channel’s KOGO. Before joining KOGO in 2004, he was a well-known radio talk show personality on Salem Communications’ KCBQ/KPRZ San Diego and KRLA 870AM, Los Angeles. He was also the main guest-host for SRN network’s Michael Medved, Dennis Prager and Hugh Hewitt shows. Mark joined KPRZ as General Manager in 1994, after eighteen years with KFMB (CBS) Radio in San Diego, where he was Program and Operations Manager and a popular afternoon personality. He also served as National Program Director/Radio for KFMB’s parent company.

Active in a variety of charitable organizations, Mark is a member of the Board of Directors for the San Diego Air & Space Museum, now serving in his sixth term as Chairman. He has also been part of on the Global Leadership Council and Board of Directors for Heart to Heart International. Mark’s also been chairman of Media Fellowship International, San Diego Prison Fellowship international and is a founding board member and current chairman of the Family Heritage Foundation. He was also a charter member of the Salem Communications Political Action Committee. As a board member for Enough Is Enough, he also serves as spokesman for www.protectkids.com.

Mark has served as columnist for REFRESHED Magazine, the Christian Examiner and Daily Californian (Southern California) newspapers. He is currently a contributing writer for PoliticalVanguard.com. Other special updates are posted on KUSI.com/theissues

Mark is listed in Who’s Who In America and Who’s Who in the Media and Communications.

A proud father of three grown children, he is married to the lovely Mrs. Larson. 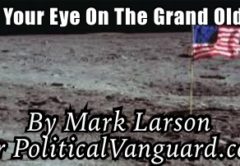 Keep Your Eye On The Grand Old Flag – by Mark Larson

With all due respect to many fellow conservative commentators, let me say this: Stop it.  See…
Read Full Article!
Mark Larson10/01/20180 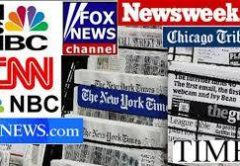 “Lean to The Left, Lean To The Right” Dept.

It’s that time of the year when football is back.  In less politically sensitive regions, so…
Read Full Article!
Mark Larson09/05/20170 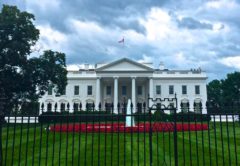 HOW ARE YOUR PROJECTIONS?

In business it’s all about projections. How are sales tomorrow, next week, next month, this quarter?…
Read Full Article!
Mark Larson07/04/20150 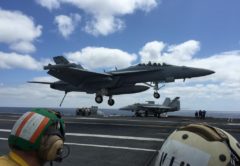 President Barack H. Obama has managed to cause Americans on the left and right to agree…
Read Full Article!
Mark Larson05/25/20150 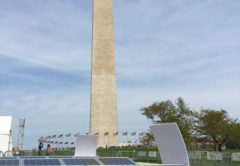 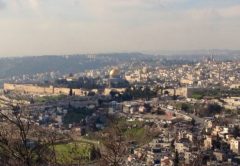 My Trip To The Land of Reality