Top Posts
How Biased FBI and DOJ Officials Broke The...
Hillary’s Hybrid Warfare
Red Flag Laws Serve as a Red Flag
Yes, The Quinnipiac Poll Likely Is Biased Against...
How to Survive in a Society Where “Two...
Episode 23: Israel Under Attack
Del Beccaro: Newsom’s Double Whammy to California: Drought...
MLB Hits a Home Run in “Woke” Hypocrisy
Trump Should Bow Out so Republicans Can Save...
5 questions for CA Secretary of State Candidate...
Book Melissa To Speak At Your Event

Melissa Ann Murray is a Political Contributor for PoliticalVanguard.com and the on-set Political Contributor for “West Coast Weekly with Andrea Kaye,” and She is also the force behind “Says Missy,” a consulting group focusing on social media promotion, marketing, fundraising and political campaign communications. Through “Says Missy,” she has exponentially expanded the audiences of public figures, businesses, non-profits, and politicians, reaching new markets and constituents to grow their influence and build community.

Melissa has dedicated her career to promoting the American ideal. Her experience in politics has given her a firm appreciation of the challenges and opportunities of getting out the good news about our country. She has worked as Communications Director on a California state assembly race, Social Media Director and Southern California Regional Coordinator on a California U.S. Senate race, and served as a Republican delegate for the state of California. In her time as the National Director for the American Truth Project, a nonprofit focused on educating the public on critical security risks facing America, and our most important strategic ally, Israel, Melissa promoted a positive vision of peace and security. 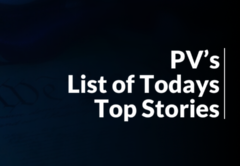 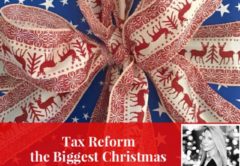 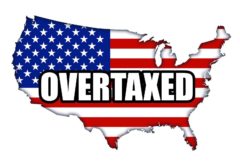 Overtaxing AMERICA has hurt the Poor and Middle Class THE MOST. America’s middle class has been forgotten…
Read Full Article!
Melissa Murray09/19/20174