Top Posts
How Biased FBI and DOJ Officials Broke The...
Hillary’s Hybrid Warfare
Red Flag Laws Serve as a Red Flag
Yes, The Quinnipiac Poll Likely Is Biased Against...
How to Survive in a Society Where “Two...
Episode 23: Israel Under Attack
Del Beccaro: Newsom’s Double Whammy to California: Drought...
MLB Hits a Home Run in “Woke” Hypocrisy
Trump Should Bow Out so Republicans Can Save...
5 questions for CA Secretary of State Candidate...
Book Suzanne To Speak At Your Event

Suzanne Sharer is a powerful conservative voice coming out of the American Southwest. Born & raised in Phoenix, this Arizona native has worked through the ranks of the Republican Party locally on district boards and as part of the United Federation of Republican Women, giving Sharer an authoritative voice as a blogger and guest on local and national talk radio and on influential websites, such as Politichicks.

Suzanne lives in Phoenix with her 3 kids, where she continues to use her voice to fight for the good and the future of conservatives everywhere. 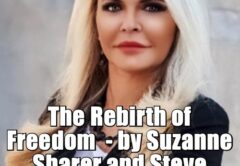 The Rebirth of Freedom – by by Suzanne Sharer and Steve Tarani 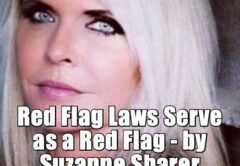 When Americans turn on the news one of our worst nightmares is to hear of another…
Read Full Article!
Suzanne Sharer02/26/20200 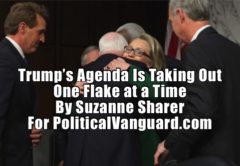 Arizonans are proud of the many things for which our great state is known – from…
Read Full Article!
Suzanne Sharer10/29/20174 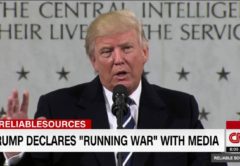 The Meaning of Trump’s War with The Media

When history looks back on the Trump Presidency, I hope it will be through the eyes…
Read Full Article!
Suzanne Sharer09/04/20179